The Essence of Drug Addiction

(NAPS)-The word "addiction" calls up many different images and strong emotions. But what are we reacting to? Too often we focus on the wrong aspects of addiction so our efforts to deal with this difficult issue can be badly misguided. 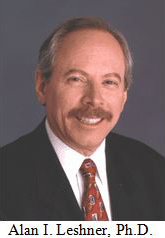 Any discussion about psychoactive drugs, particularly drugs like nicotine and marijuana, inevitably moves to the question "but is it really addicting?" The conversation then shifts to the so-called types of addiction - whether the drug is "physically" or "psychologically" addicting. This issue revolves around whether or not dramatic physical withdrawal symptoms occur when an individual stops taking the drug, what we in the field call "physical dependence."

The assumption that follows then is that the more dramatic the physical withdrawal symptoms, the more serious or dangerous the drug must be. Indeed, people always seem relieved to hear that a substance "just" produces psychological addiction, or has only minimal physical withdrawal symptoms. Then they discount its dangers. They are wrong. Marijuana is a case in point here, and I will come back to it shortly.

Twenty years of scientific research, coupled with even longer clinical experience, has taught us that Focusing on this physical vs. psychological distinction is off the mark, and a distraction from the real issue. From both clinical and policy perspectives, it does not matter much what physical withdrawal symptoms occur. Other aspects of addiction are far more important.

Physical dependence is not that important because, first, even the florid withdrawal symptoms of heroin and alcohol addiction can be managed with appropriate medications. Therefore, physical withdrawal symptoms should not be at the core of our concerns about these substances.

What does matter tremendously is whether or not a drug causes what we now know to be the essence of addiction: uncontrollable, compulsive drug seeking and use, even in the face of negative health and social consequences. This is the crux of how many professional organizations all define addiction, and how we all should use the term. It is really only this expression of addiction - uncontrollable, compulsive craving, seeking and use of drugs - that matters to the addict and to his or her family, and that should matter to society as a whole. These are the elements responsible for the massive health and social problems caused by drug addiction.

Drug craving and the other compulsive behaviors are the essence of addiction. They are extremely difficult to control, much more difficult than any physical dependence. They are the principal target symptoms for most drug treatment programs. For an addict, there is no motivation more powerful than drug craving. As the movie "Trainspotting" showed us so well, the addicts entire life becomes centered on getting and using the drug. Virtually nothing seems to outweigh drug craving as a motivator. People have committed all kinds of crimes and even abandoned their children just to get drugs.

Focusing on addiction as compulsive, uncontrollable drug use should help cIarify everyone's perception of the nature of addiction and of potentially addicting drugs. For the addict and the clinician, this more accurate definition forces the focus of treatment away from simply managing physical withdrawal symptoms and toward dealing with the more meaningful, and powerful, concept of uncontrollable drug seeking use. The task of treatment is to regain control over drug craving, seeking and use.

Rethinking addiction also affects which drugs we worry about and the nature of our concerns. The message from modern science is that in deciding which drugs are addicting and require what kind of societal attention, we should focus primarily on whether taking them causes uncontrollable drug seeking and use. One important example is the use of opiates, like morphine, to treat cancer pain. In most circumstances, opiates are addicting. However, when administered for pain, although morphine treatment can produce physical dependence - which now can be easily managed after stopping use - it typically does not cause compulsive, uncontrollable morphine seeking and use, addiction as defined here. This is why so many cancer physicians find it acceptable to prescribe opiates for cancer pain.

An opposite example is marijuana, and whether it is addicting. There are some signs of physical dependence or withdrawal in heavy users, and withdrawal has been demonstrated in studies on animals. But what matters much more is that every year more than 100,000 people, most of them adolescents, seek treatment for their inability to control their marijuana use. They suffer from compulsive, uncontrollable marijuana craving, seeking and use. That, makes it addicting, certainly for a large number of people.

It is important to emphasize that addiction, as defined here, can be treated, both behaviorally and, in some cases, with medications, but it is not simple. We have a range of effective addiction treatments in our clinical toolbox although admittedly not enough. This is why we continue to invest in research, to improve existing treatments and to develop new approaches to help people deal with their compulsive drug use.

Our national attitudes and the ways we deal with addiction and addicting drugs should follow the science and reflect the new, modern understanding of what matters in addiction. We certainly will do a better job of serving everyone affected by addiction - addicts, their families and their communities - if we focus on what really matters to them. As a society, the success of our efforts to deal with the drug problem depends on an accurate understanding of the problem.

Further information on drug abuse and addiction can be found on the NIDA homepage at www.nida.nih.gov. Free publications can be ordered from the National Clearinghouse for Alcohol and Drug Information by calling 1-800-729-6686. The National Institute on Drug Abuse (NIDA)

The Purpose of Buprenorphine Treatment:

To suppress the debilitating symptoms of cravings and withdrawal, enabling the patient to engage in therapy, counseling and support, so they can implement positive long-term changes in their lives which develops into the new healthy patterns of behavior necessary to achieve sustained addiction remission. - explain -

The National Alliance of Advocates for Buprenorphine Treatment is a non-profit organization charged with the mission to: